April 13th was our first 2 bike tour using our new bikes (the new bike wasn’t here in time for the St Patrick’s Day Parade) and it was an absolute blast. There is no better team building event then a pedal tour, one of the reviews captured why a pedal tour is a great mixer and team building activity when Claudia mentioned how once the bike leaves the parking lot and goes into the straight everyone has a special bond together that they went out on a tour together and it brings people out of their element. Now you don’t need an excuse to have fun but some great ideas for a 2 bike tour are family reunions, Jack & Jill parties (bachelor and bachelorette going out at the same time and doing different routes) corporate outings or to take out of town staff around Rochester and to show your out of town wedding guests around Rochester between the rehearsal dinner and the big day. Booking 2 bikes is harder than 1 so you definitely want to book sooner rather than later. We also need to put in extra time picking the route out because depending on the time of day your 2 bike tour is not every bar can handle a group of 28 people walking in. Taking drink orders ahead of time will make everything run smoother. The yellow 13 seat bike is naturally faster so if we leave a few minutes apart it will create a stagger so that one group gets to the bar first, jumps off and orders/picks up there order then the other bike arrives a few minutes later and you are not competing to get served. Here are some great pro tips to make your 2 bike tour a success 1.) Keep the groups of people the same on both bikes, we need to split up the good peddlers and one bike has all adjustable seats so we try to put more short people on that bike so they can pedal 2.) Each bike will be playing their own music to their respective speaker. Each bike is equipped with a bluetooth enabled speaker to play what they want to listen to. 3.) Don’t jump off one bike to run onto the other, we have never had anyone fall or get hurt but in other cities they tell us the only time anyone has ever gotten hurt is when they jumped off a moving bike. We don’t want anyone to get hurt so we will let everyone know this is not allowed pre tour 4.) Tell everyone to arrive earlier, getting 15 people together is hard enough so getting 28 is even harder. We always advise groups to arrive at least half an hour early but for larger groups tell them 45 minutes knowing that they will show up 30 minutes before the tour then 5.) Before the tour leaves we need every group to sign a basic liability waiver that is listed under the FAQ section of the website, having your group print them and sign them at their home or printing them out and signing them while you are waiting for your tour to begin at the bar is very important especially for a larger group because it is a time consuming process to get 28 people to sign and we cannot begin the tour until everyone has signed it. 6.) Thank your organizer, buy them a drink, shout them out on social media for putting such a cool event together. They had to put it on their credit card and collect money, deal with people dropping out and arrange the food and drinks for everyone so they deserve to be pampered on the day of your tour. 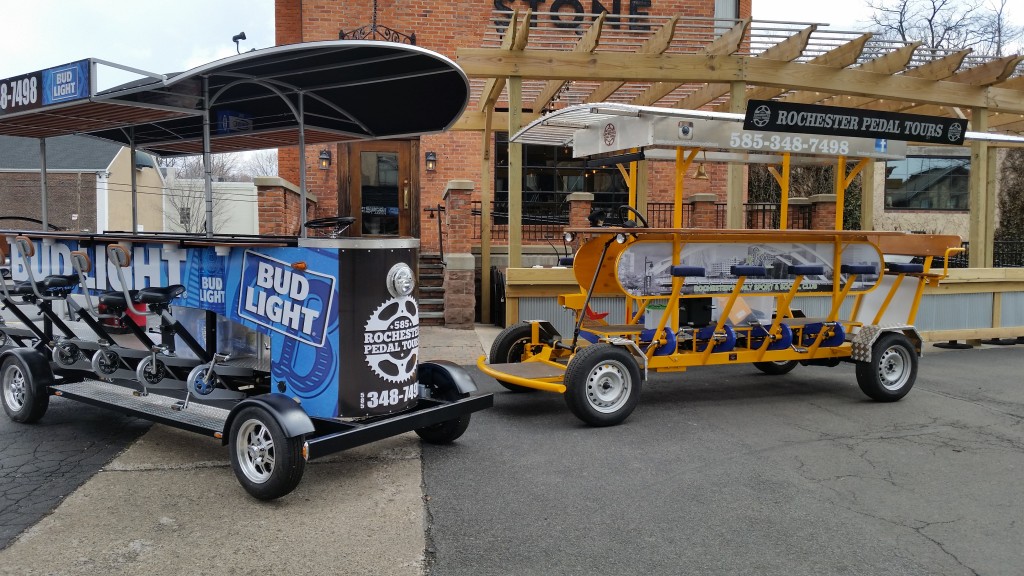