Mixers are when a bunch of smaller groups go out together and they are an absolute blast. We throw Mixers when we do not have any private tours booked. They aren’t something where we add you to someones group that has open space and you won’t find them on weekends in the summer. Keep an eye on the Facebook page which is where we announce our Mixer schedule

Last week I was debating where to eat for Taco Tuesday and deciding between 3 places when the idea came to me for a Taco Tuesday Pedal Tour Mixer. I made a post on Facebook and it went viral, over 500 likes, 50+ shares and comments and the message was loud and clear to throw the mixer. I sold 27 tickets, 1 from a sell out and people who couldn’t go last week started buying tickets for this upcoming April 26th Taco Tuesday Mixer. The mixer went AMAZING! The tour begins at Ox and Stone which is an amazing cocktail bar and restaurant where the first Taco’s are consumed from there we headed to Johns Tex Mex where we got takeout (we take your order and call ahead) and ate on the bike which was cool to eat and enjoy the beer/wine everyone bought.  Next up was another pre order from Butapub where the group hung out eating tacos and enjoying great deals on their craft beers. We went to Playhouse/Swillburger to have some fun and digest all the tacos before we headed back to Mex where the tour ended. When at Mex be sure to order your taco Double Decker which means a hard shell covered in a soft shell and cheese.   Everyone in the group had a great time, take a look at the reviews that everyone wrote on the Facebook page and see for yourself. We will be doing this on a regular basis so keep an eye on the Facebook page where we announce any Mixer tours

Because of the success of Taco Tuesday we have decided to start Wine Wednesday where we will take everyone to 3 different wine bars/restaurants with good wine by the glass lists. Another special mixer is the Single Mingle Monday 9th at 6pm, we will limit this to equal parts men and women and have some ice breakers and all that good stuff.

All of these mixers take place at 6pm and we do variable pricing which means if you buy your tickets in the first 2 days of them being announced tickets are $15  and after that they go up to $20 so rally your friends and take advantage of this special pricing. 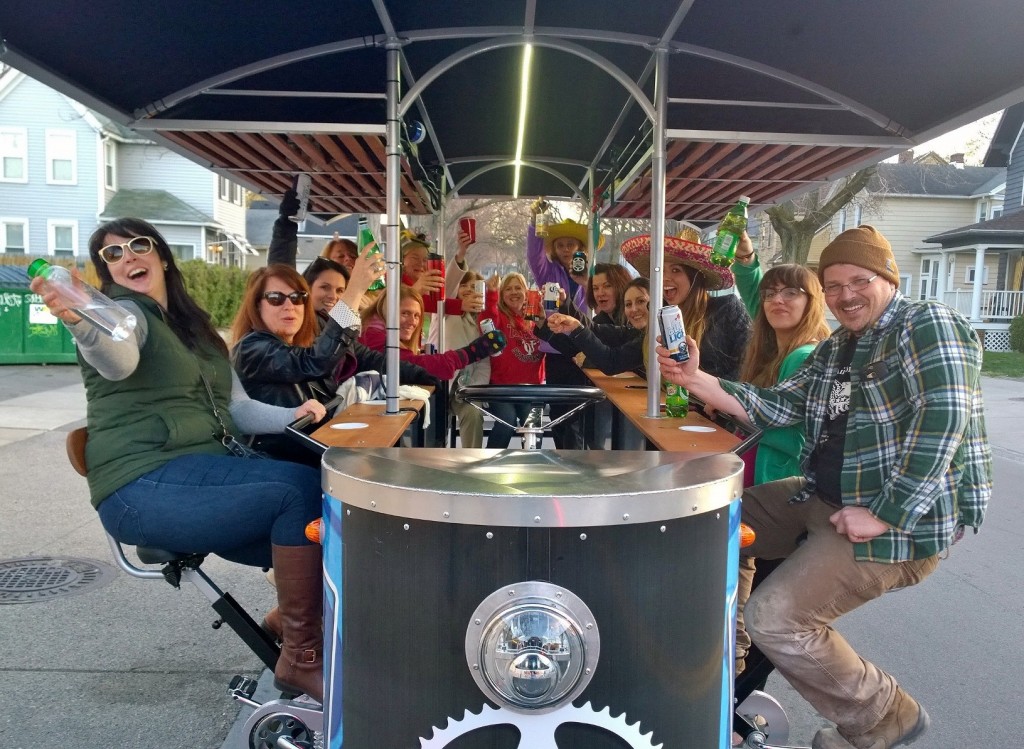